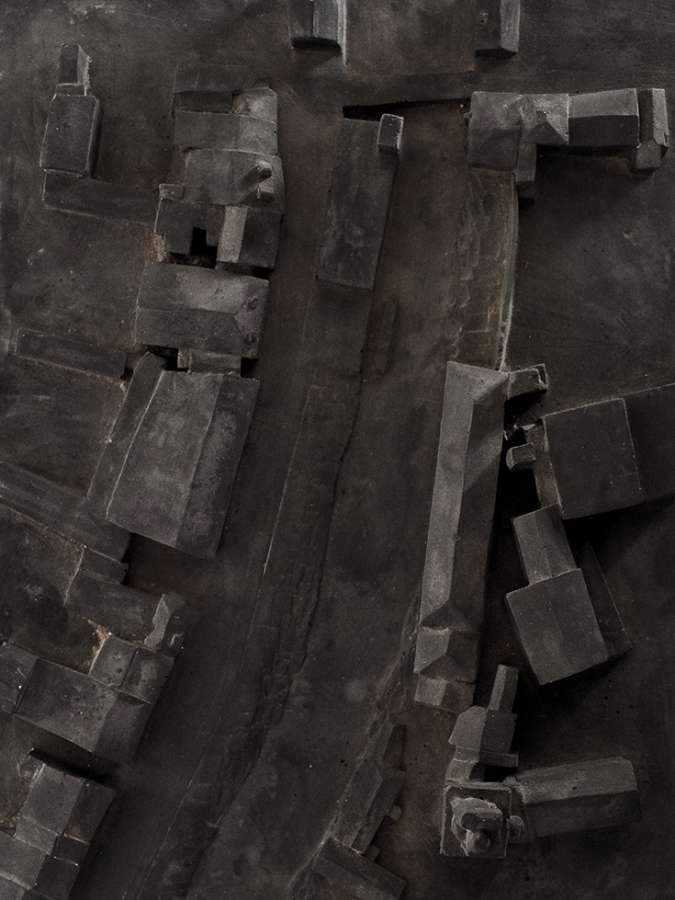 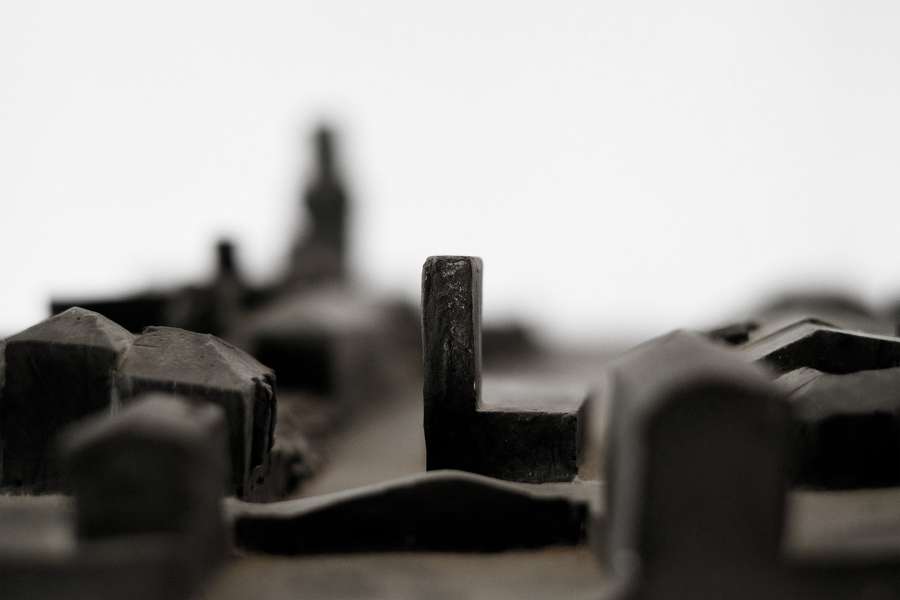 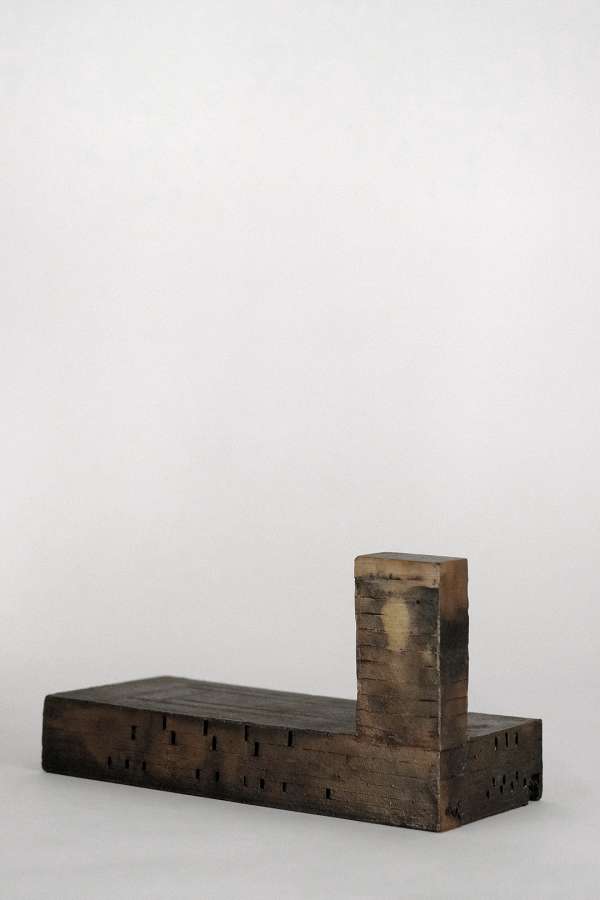 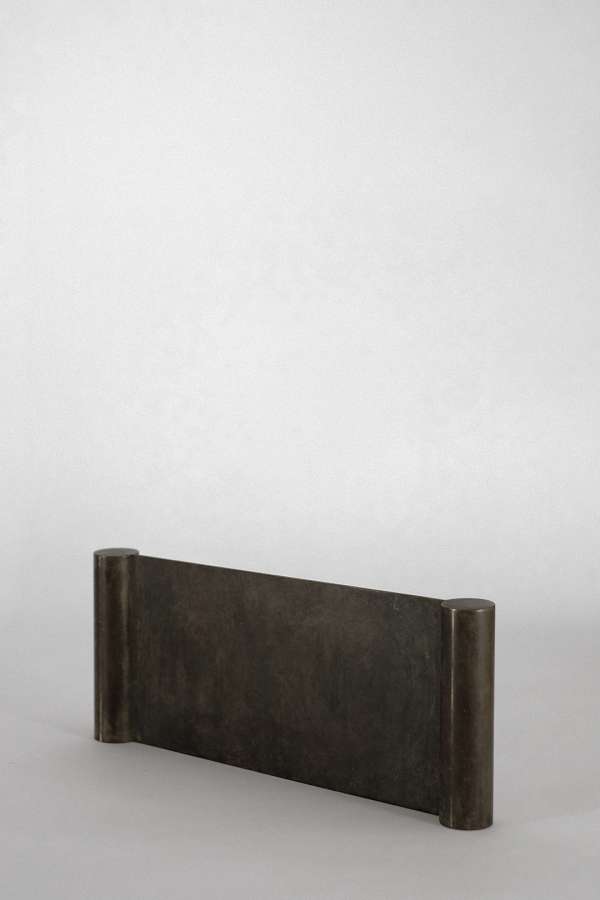 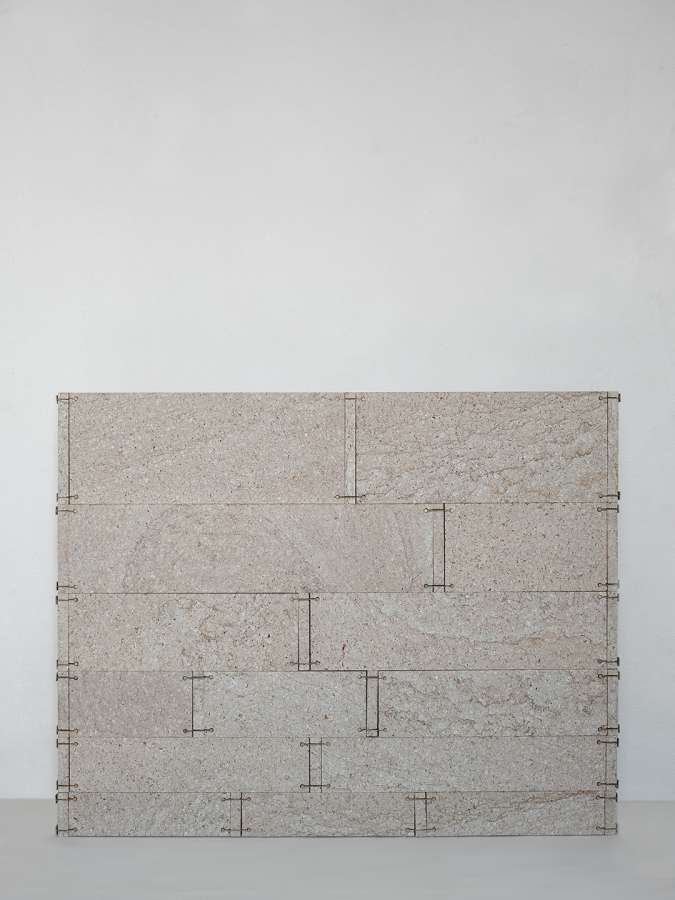 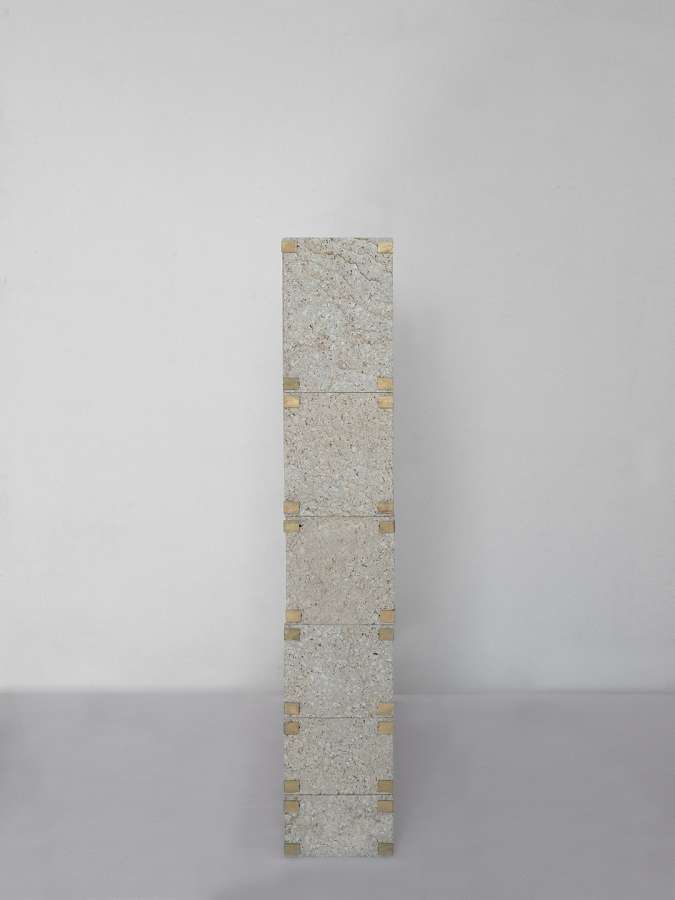 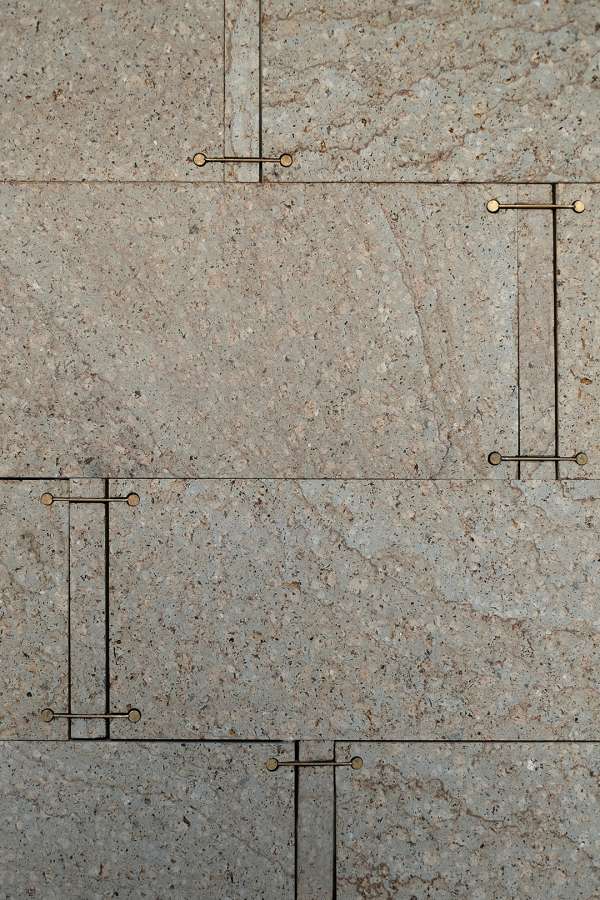 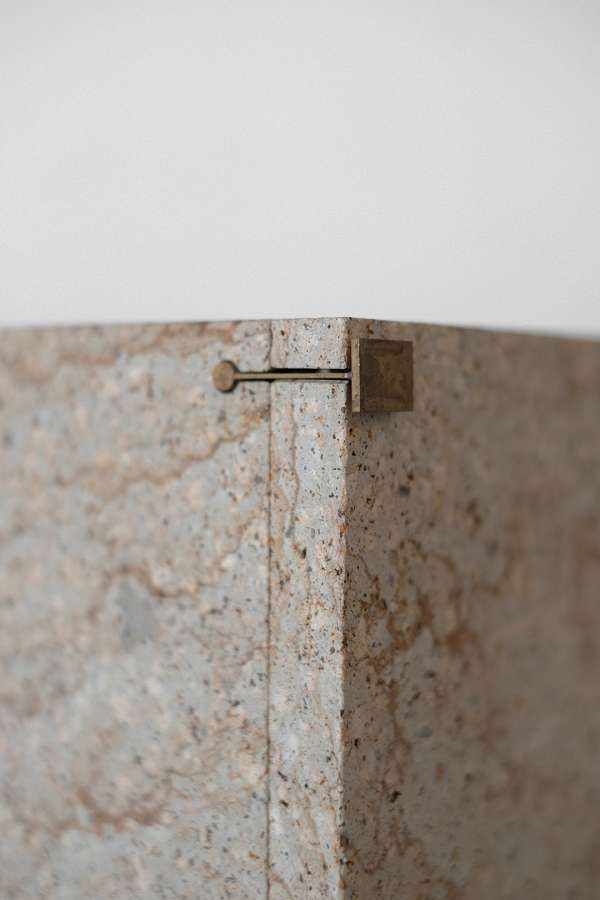 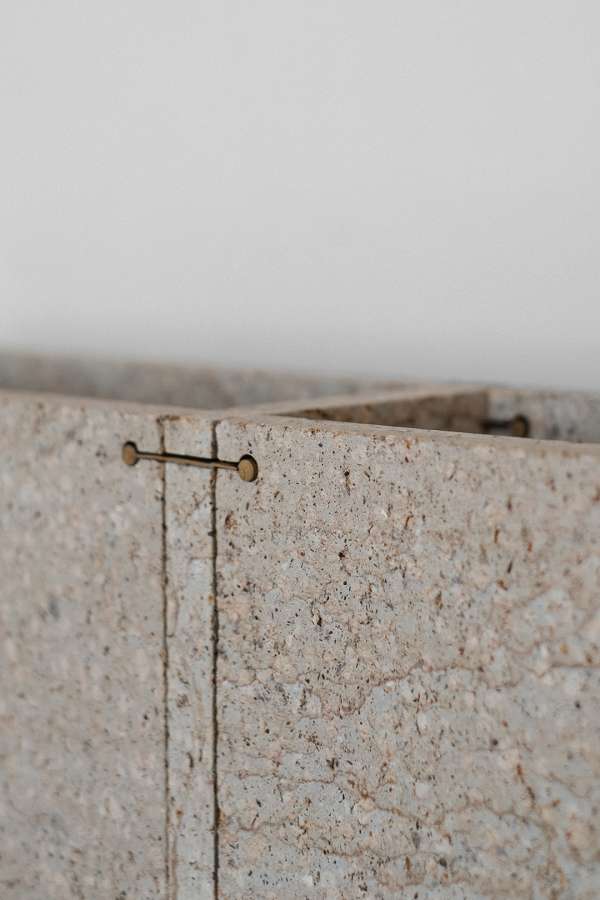 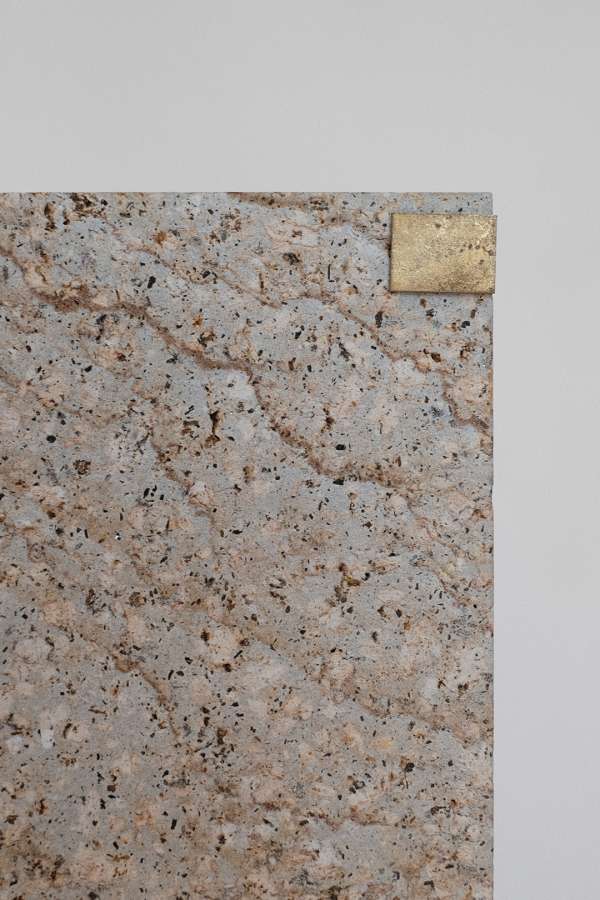 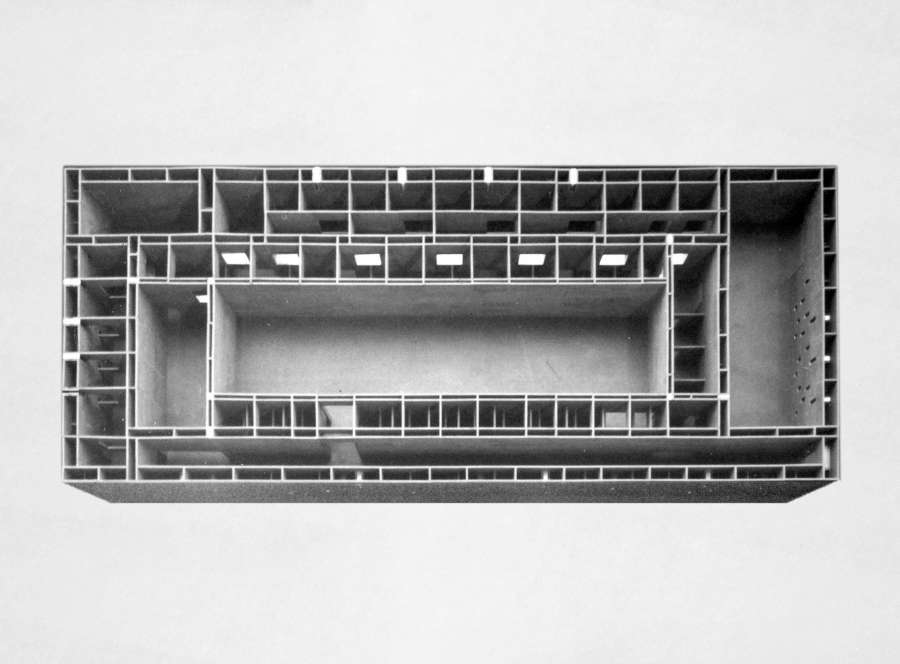 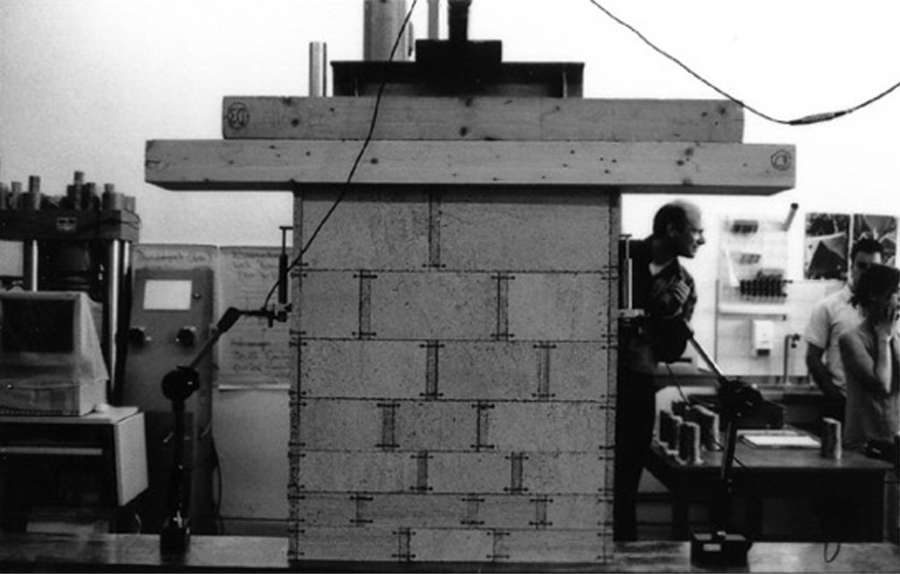 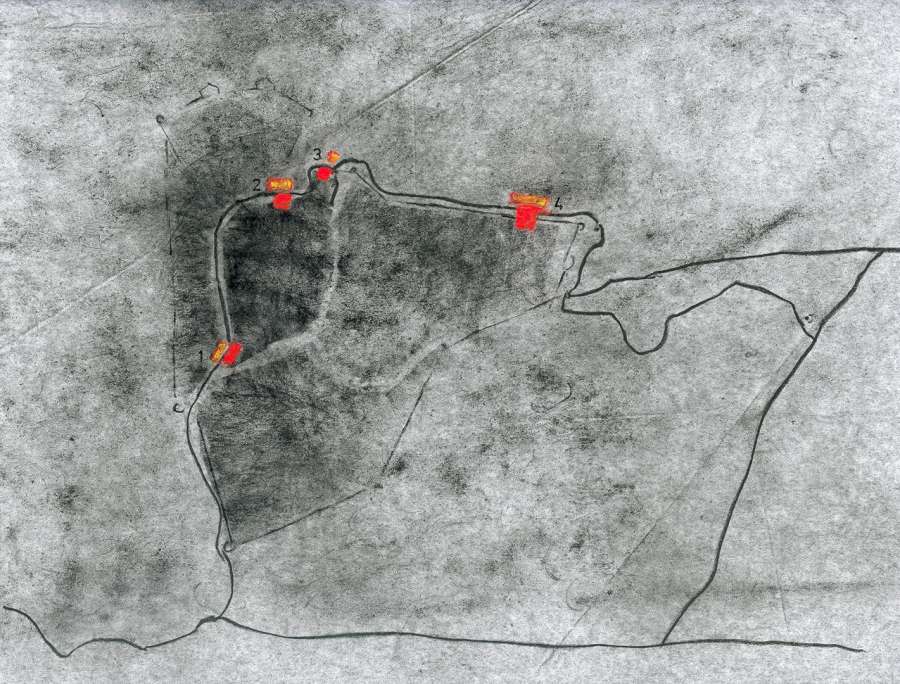 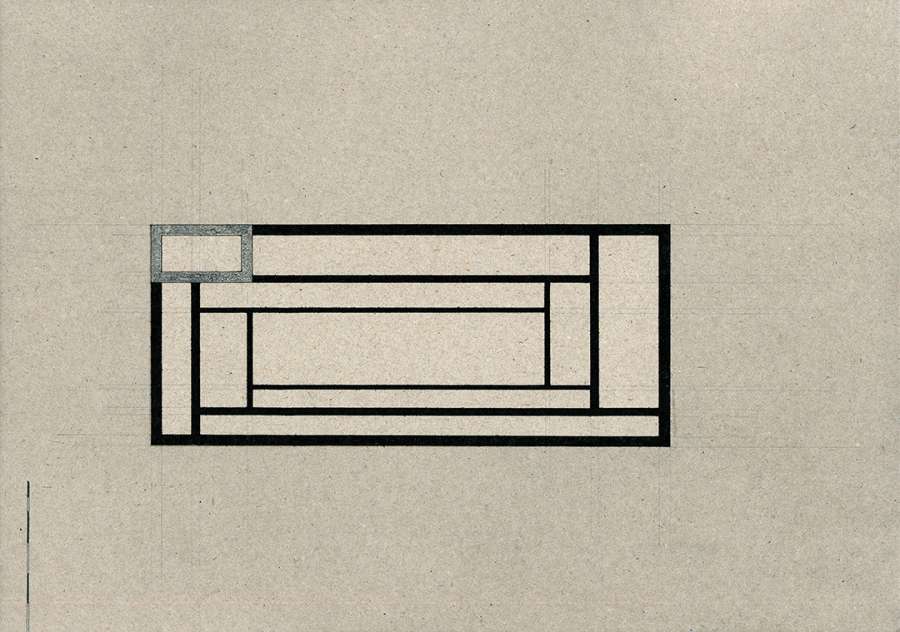 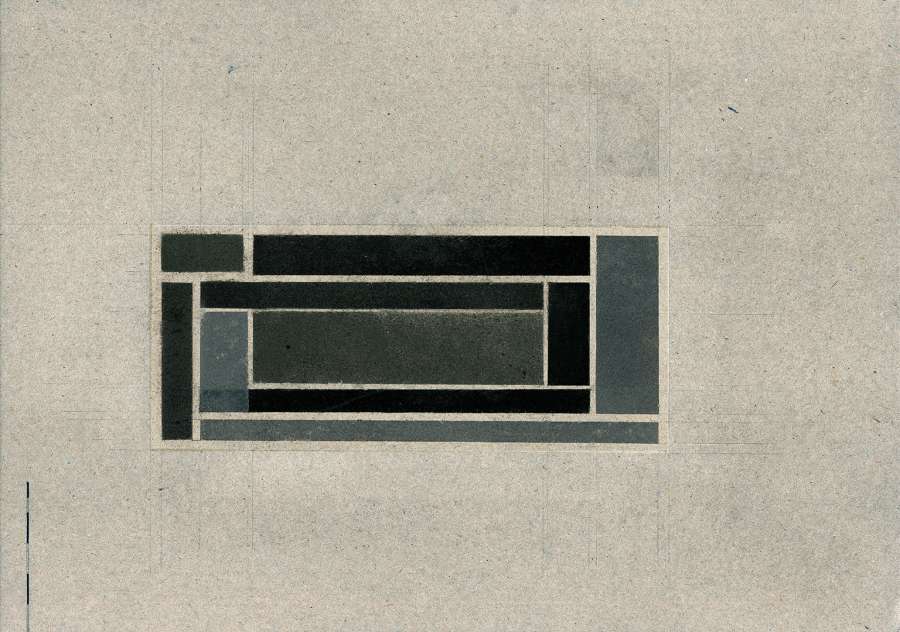 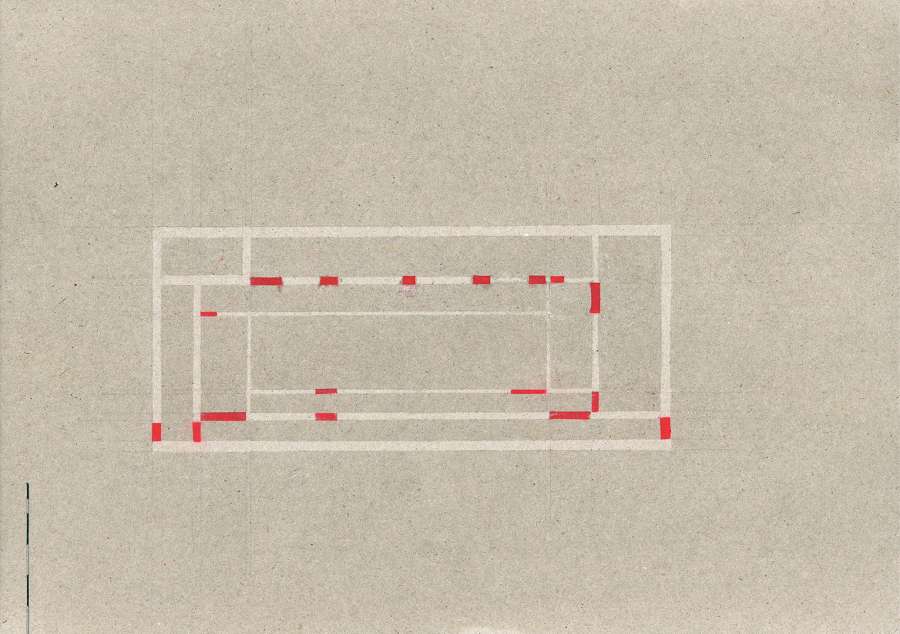 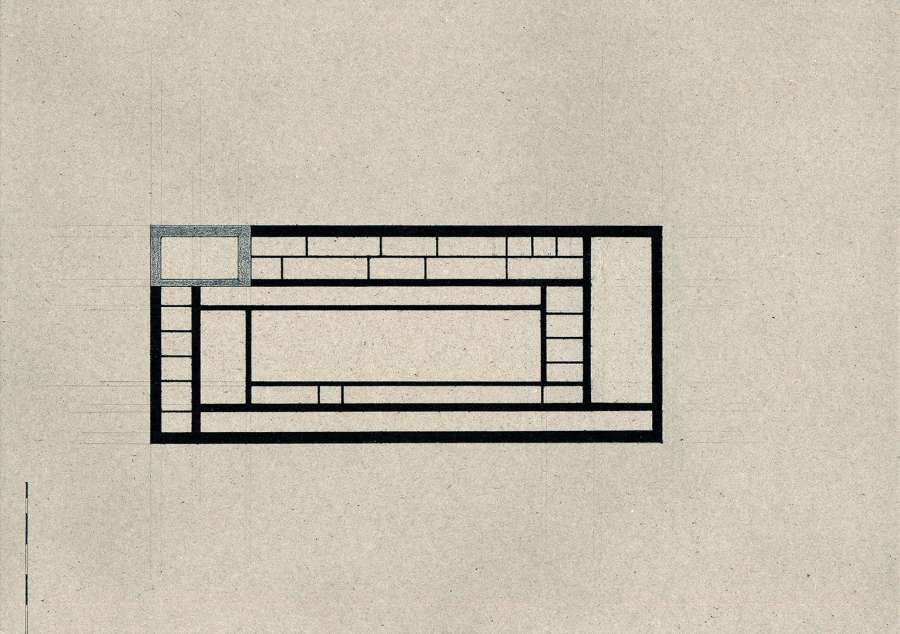 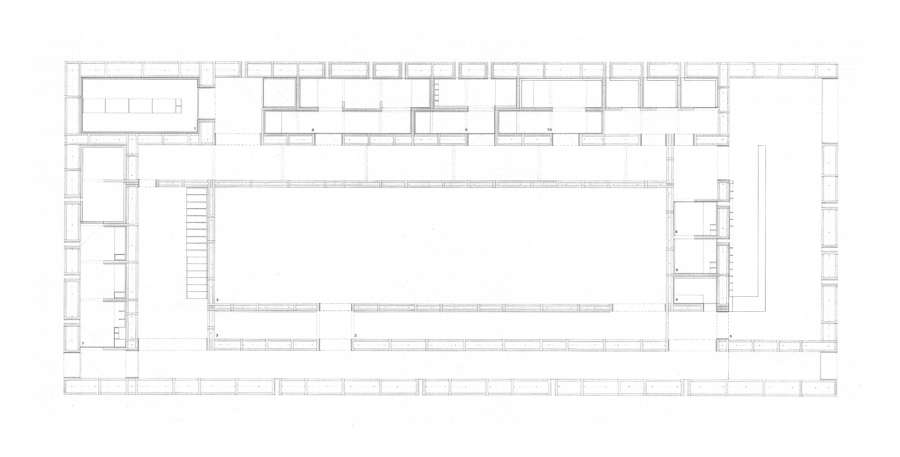 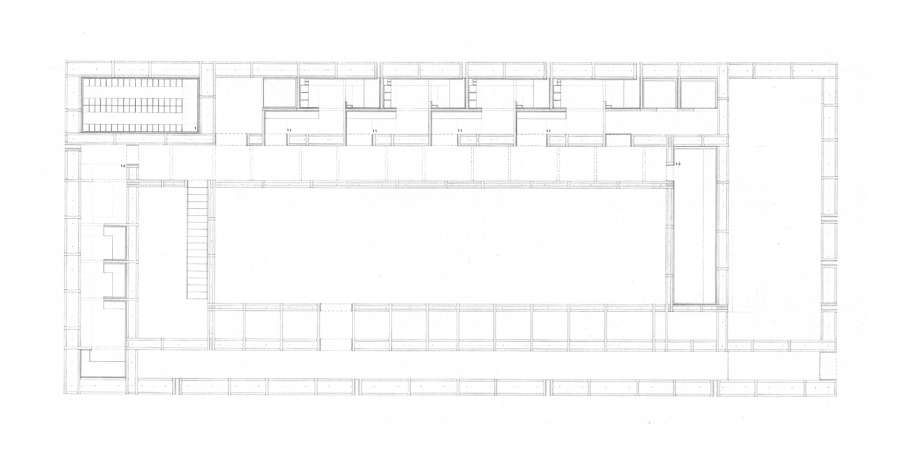 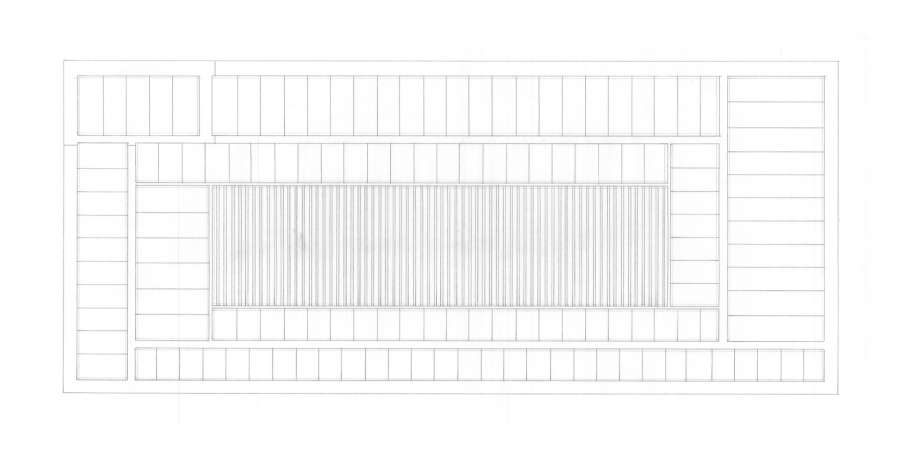 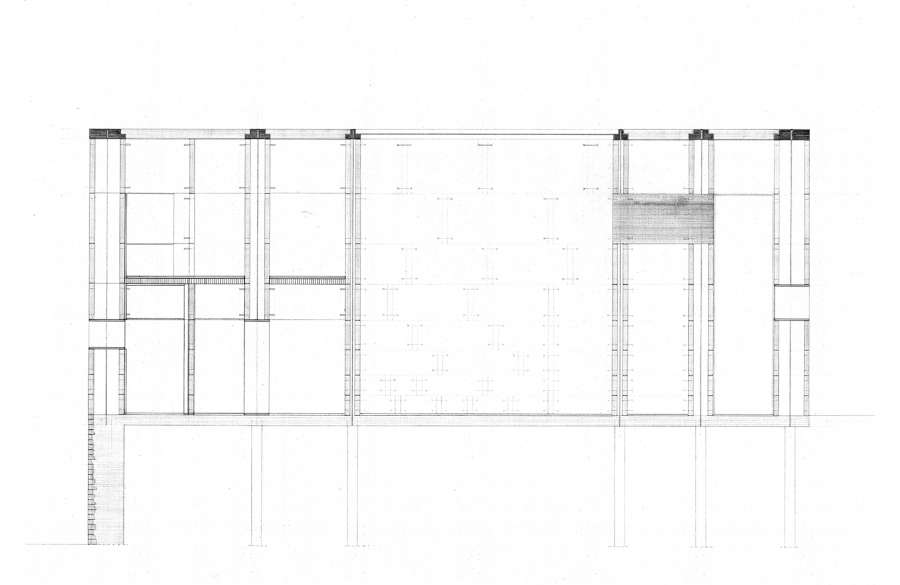 The Archive of Waters is a two floors building with an archival storage in form of a tower.

The building is positioned in Sant’Agostino, original entrance of the river Brenta in the city and where the canal enclosing the oppidum branches; on the other side of the river a medieval tower transformed into an astronomic observatory, where Galileo Galilei spent days and nights, stands. It is known as La Specola.

The building is an archive and a museum: thermic machines, ancient maps, historic drawings and photographs are here preserved and exhibited, as collective memory of Padova as a city of waters.

The building technique is an experimental dry stone construction.

It consists of a double shell of ‘trachite’ stone slabs, 100 mm thick and varying in width and length. The double walls are stabilized by cross trachite slabs, which are anchored to the longitudinal ones through brass elements. Sheets of pure aluminium are laid for each row of stone slabs to absorb the micro irregularities of the surface and to distribute homogeneously the stresses.

Zinc boxes filled with concrete are placed on top of the walls and act as anchor for the steel compression tie-beams, which stabilize the structure. The cavity in between the stone slabs has been dimensioned to act as insulating layer and as technical shaft.

For the test of stamina a 1:5 model of 7 stone rows [8 till 22 cm height] has been used. The test has been made with a gradual increase of load and the deformation has been measured with two sensors, placed on the sides of the model. The stability to earthquakes is still to be studied.

The structure revealed to be stronger than reinforced concrete, for a 1:1 height of maximum 11,75 m.