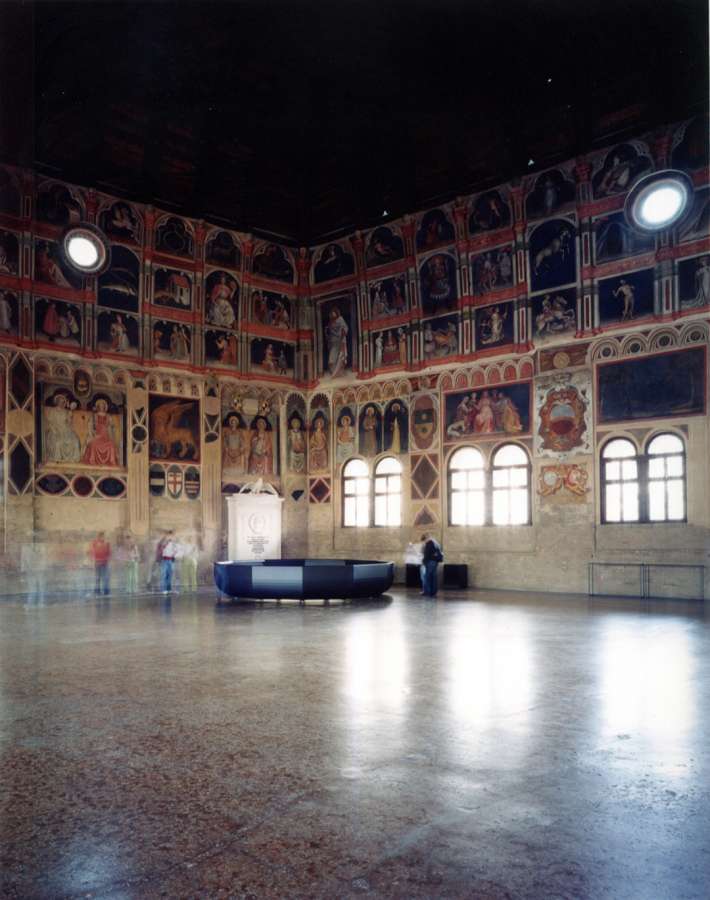 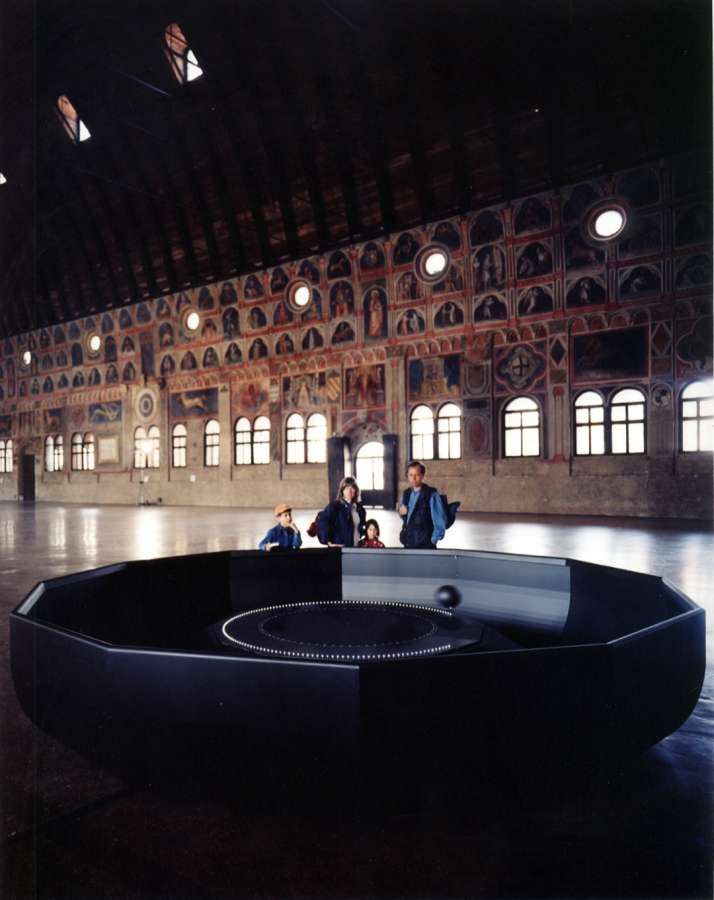 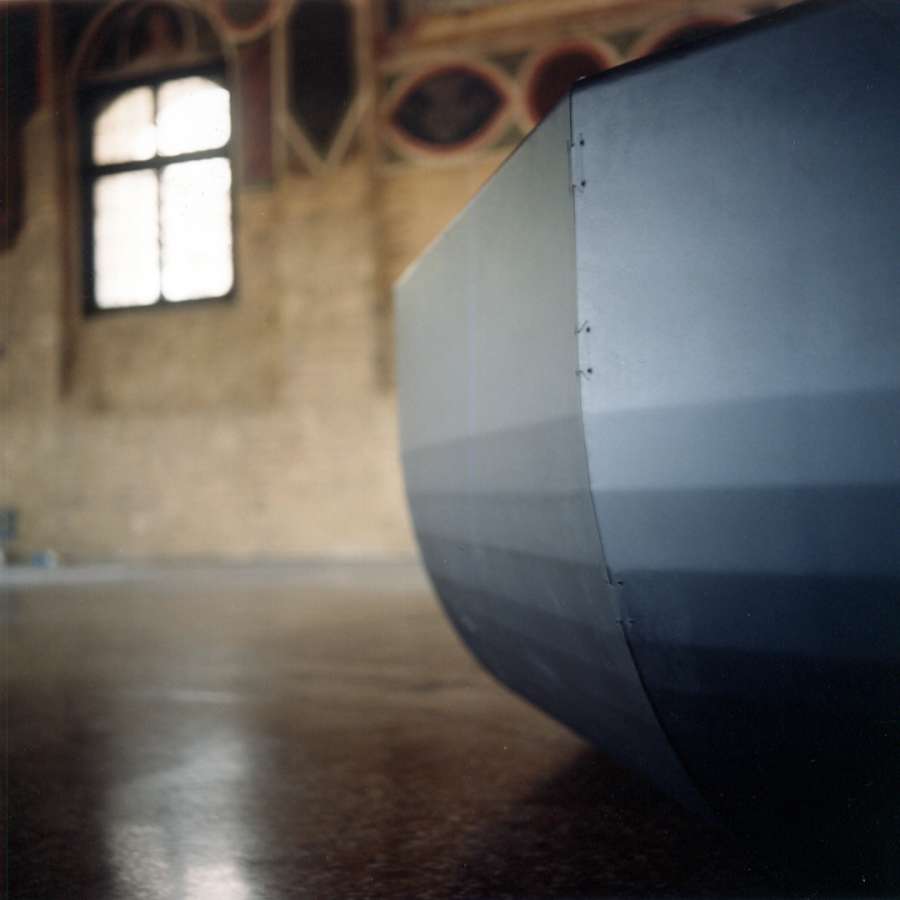 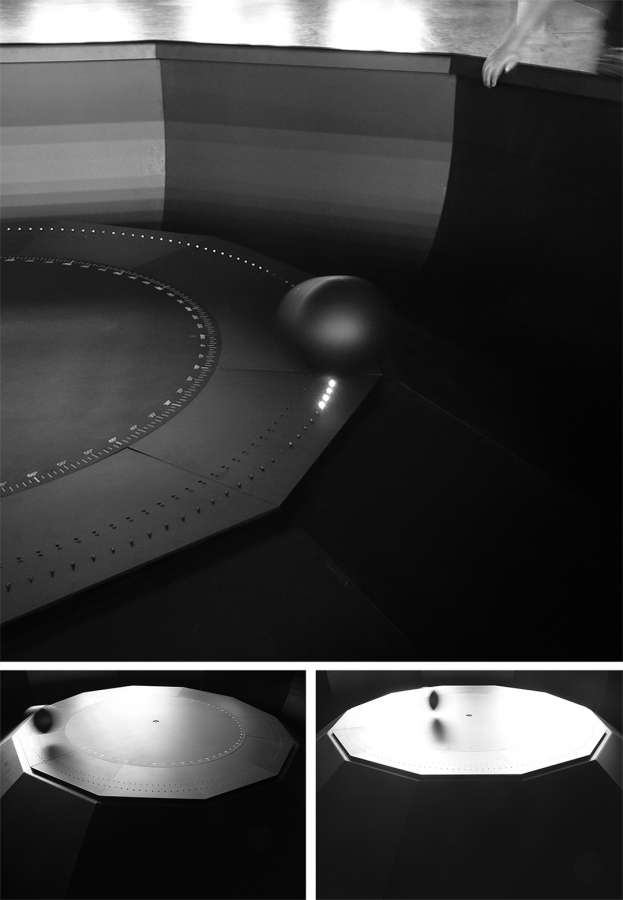 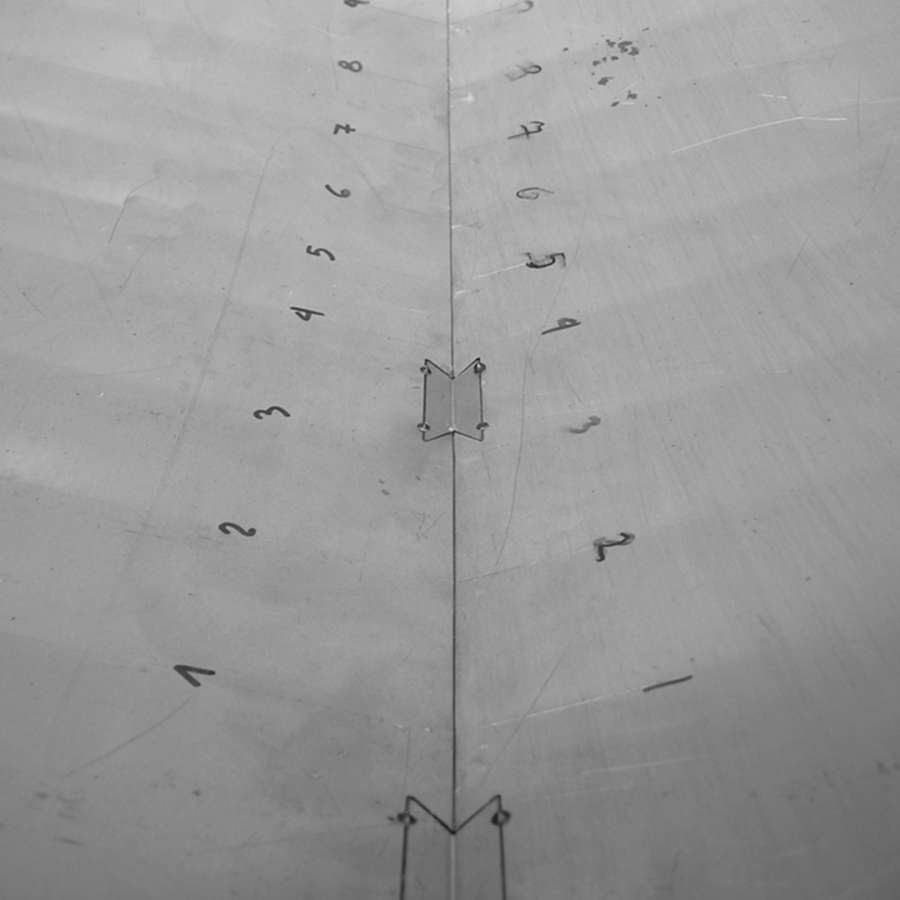 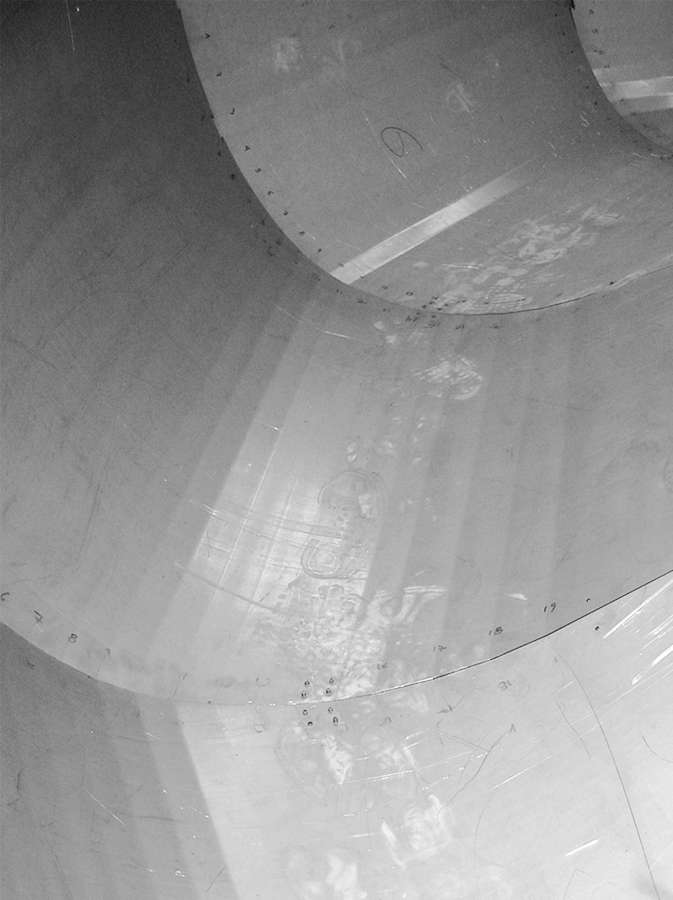 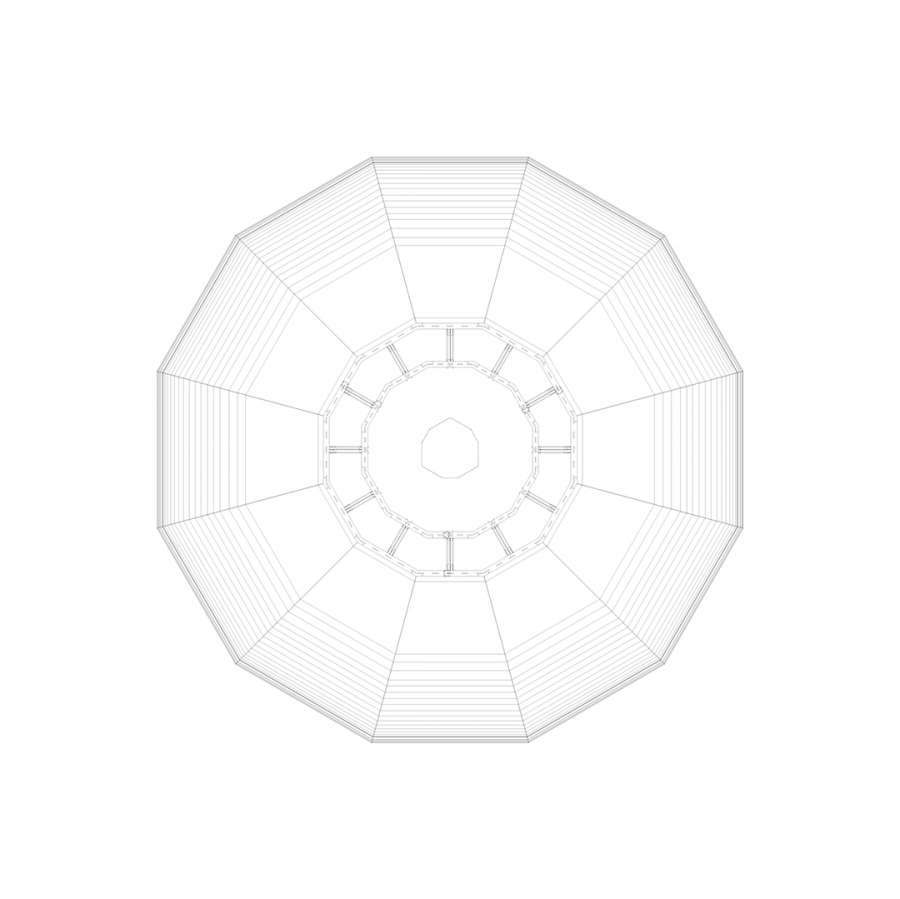 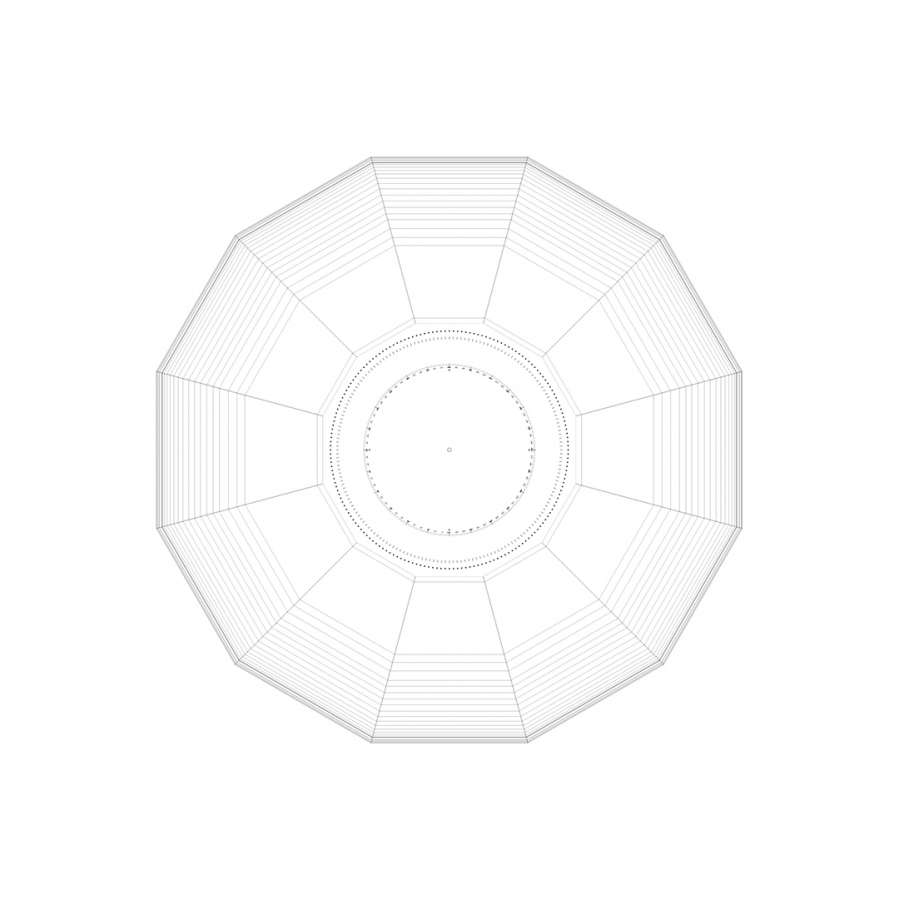 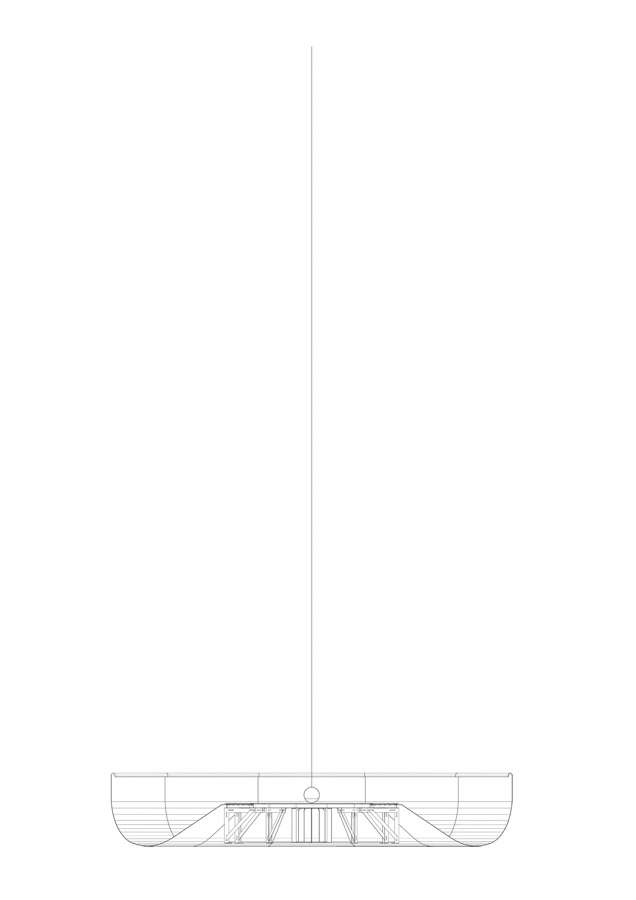 The first step in the construction of the pendulum in Palazzo della Ragione was to setup the suspension point.

The preparation consisted of fixing the steel cable to one of the historical wooden beams of the vaulted roof, at about 20 metres above the floor, and in setting the axis of the Charron ring.

This operation required the construction of a temporary scaffolding of nine stages; employing an adequate crane would have probably damaged the historical and delicate graniglia of the floor, due to its weight.

A sphere of aluminium and iron, the bob, was then attached to the lower end of the steel cable.

A screw with an axial hole, arranged to host the cable-end and to allow a fine adjustment of the effective length of the pendulum, was set inside the sphere itself.

The horizontal goniometric plane has been centred below the suspension point lodged inside a dodecagonal iron tank.

The goniometric plane is made of aluminium, 202 cm in diameter, with a central hole hosting the electromagnet’s sensors. Twelve aluminium end-sectors host 180 optical sensors driving 180 LEDs.

The goniometric plane rests on an aluminium frame, which in the centre holds the electromagnet, and at the perimeter offers rigid support for the petals of the tank.

The need for precision in the co-axial placement of the goniometric plane with respect to the pendulum axis has determined the construction technique.

This technique consists of a dry montage of laser-cut aluminium and iron elements, in order to reduce to a minimum all errors, which would have derived from welding.

The diameter of the dodecagonal tank is 434 cm and its weight is about 600 kg; its border is 85 cm high.

The dodecagonal tank is composed of 12 iron petals of 3 mm thickness; the petals are folded to create the border, which keeps the public at an appropriate distance.

The twelve sections are connected through 48 butterfly metallic joints fixed with 4 screws into the 3 mm steel plate.

Since it was not possible to transport such a heavy monolithic object inside the Salone, the tank had to be assembled in situ.