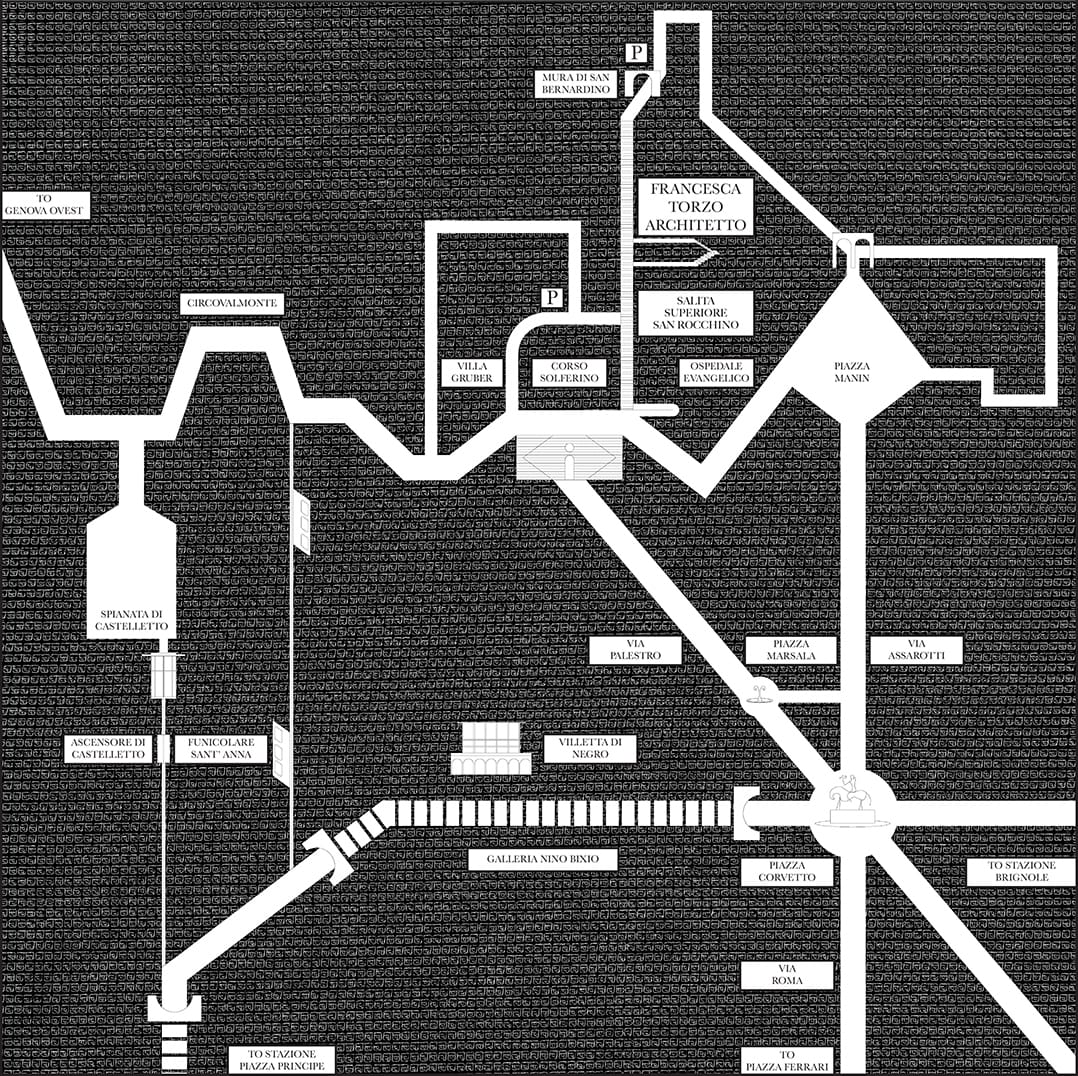 present and past collaborators

website design ramdath mos from an idea by jovan & nicola

Francesca Torzo (*1975 in Padova, Italy) established her own studio in Genova in 2008. She has studied architecture at the TU Delft, ETSAB Barcelona, AAM in Mendrisio, and the IUAV in Venice. She has been working for Peter Zumthor in Haldenstein and Bosshard Vaquer in Zurich and has been a teaching assistant for Atelier Bearth at the Accademia di Architettura di Mendrisio in Switzerland. Since 2017 she is holding a professorship at the Bergen School of Architecture in Norway and in 2020 at the Accademia di Architettura di Mendrisio.

Torzo has been part of the 16th architecture Biennale in Venice, Freespace curated by Yvonne Farrell and Shelley McNamara in 2018 and was appointed chairman of the Maarten Van Severen Foundation in Ghent between 2018 and 2019.

She received the WA Moira Gemmill prize in 2020. Her project for the extension of the Z33 in Hasselt has been awarded with the International Piranesi award in 2018, as well as with the Italian Architecture prize in 2020. The project has also been nominated for the Mies van der Rohe award of 2020.

The studio consists of a small international team of young architects with a core of few stable ones and a high turnover of the others. Collaborators are named project architect for individual assignments, but they are required to train knowledge and awareness of all projects running in the office. Such an approach calls for an honest and straightforward engagement. The choice of entrusting with the combination of individual responsibility with a common dialectic is grounded on the belief that thoughts need to be daily exposed to a critical process in order to achieve a shareable clarity.

The teaching and the academic research, the collaboration with builders and the design practice challenge and influence each other in the perspective of building a public discourse, which may support the awakening of curiosity for understanding our way of living and confidence in taking responsibility for it.
The studio has intentionally chosen for more than 10 years a defiladed position to gain the time and the necessary quietness to focus on the work.

The process of design starts for us from an understanding of the material constraints and of the cultural context where we are called to operate. The goal is that of formulating the primary spatial relations, which have to be preserved as a narrative through the complete process. We start from a kind of “nebula”, diffused yet made of atoms and molecules. We draw over and over chasing a vision of something that does not exist yet but that hosts the world we live in and its memory. This activity of collecting, hunting, and discerning demands patience and a sort of empathy with the contradictions of human life.

u02 Hasselt Tourist Map, Hasselt BE

i10 CasaParis, renovation, Genova IT

i04 Balcone, restaurant, Genova IT