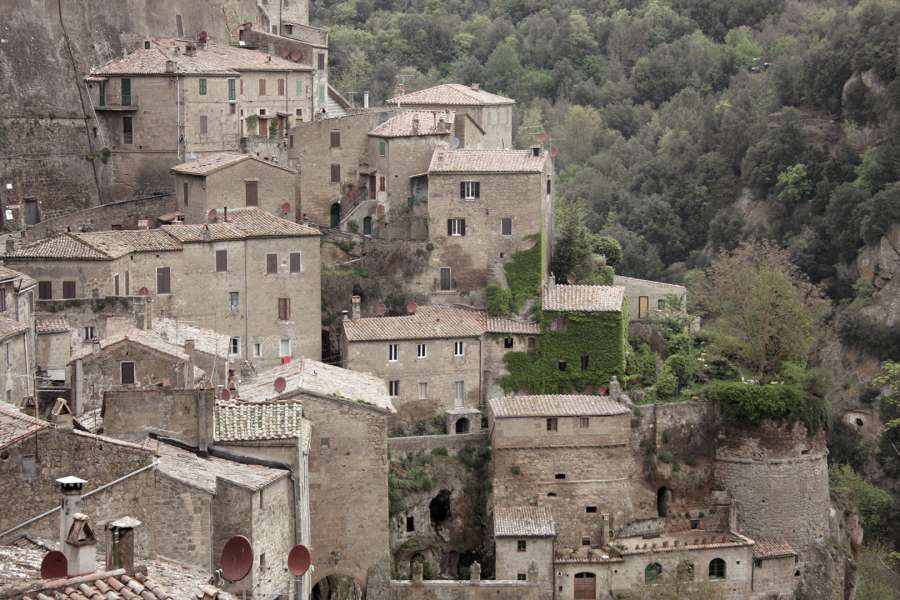 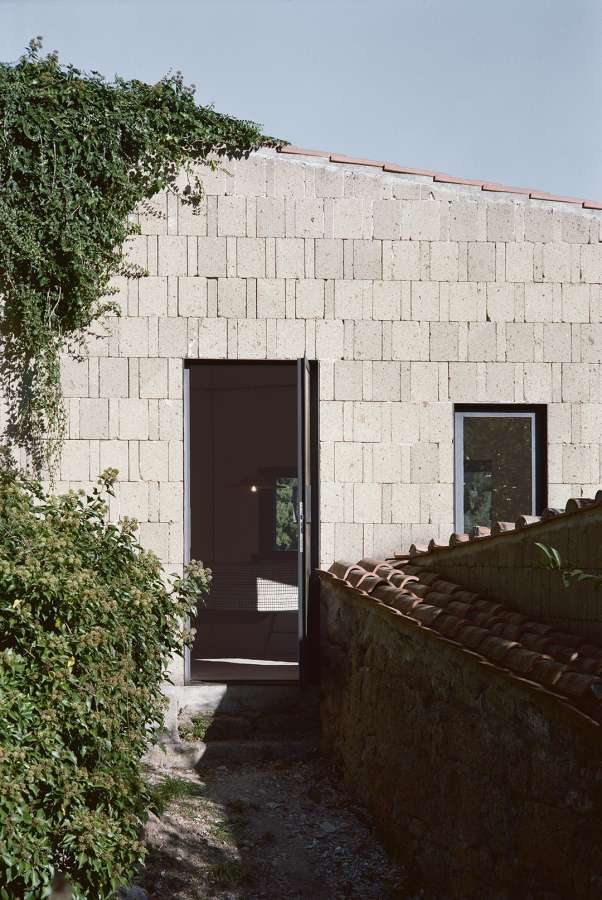 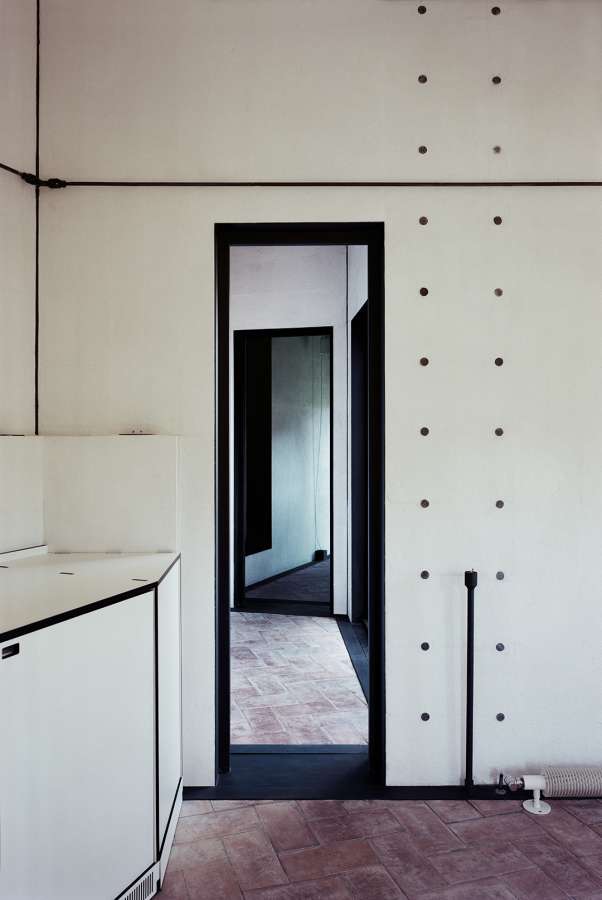 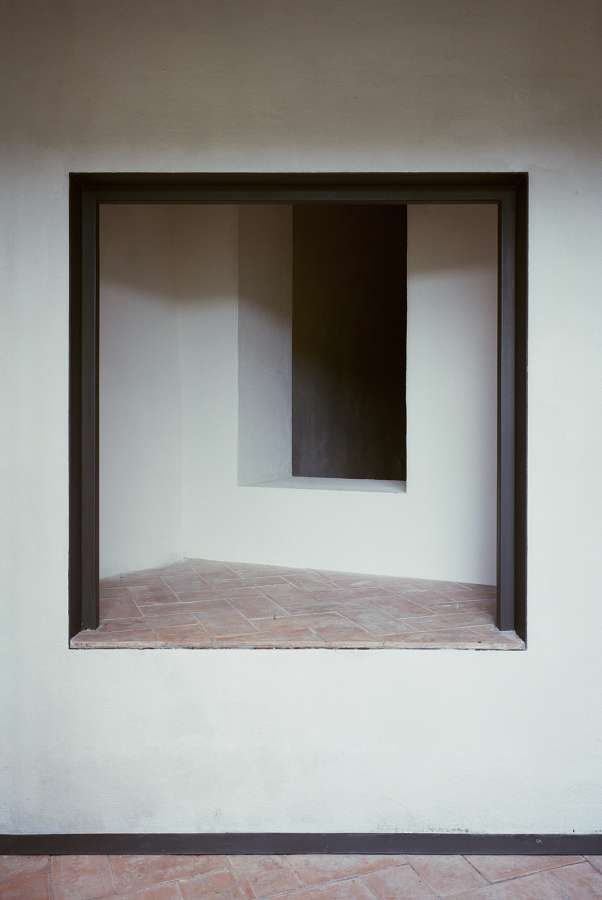 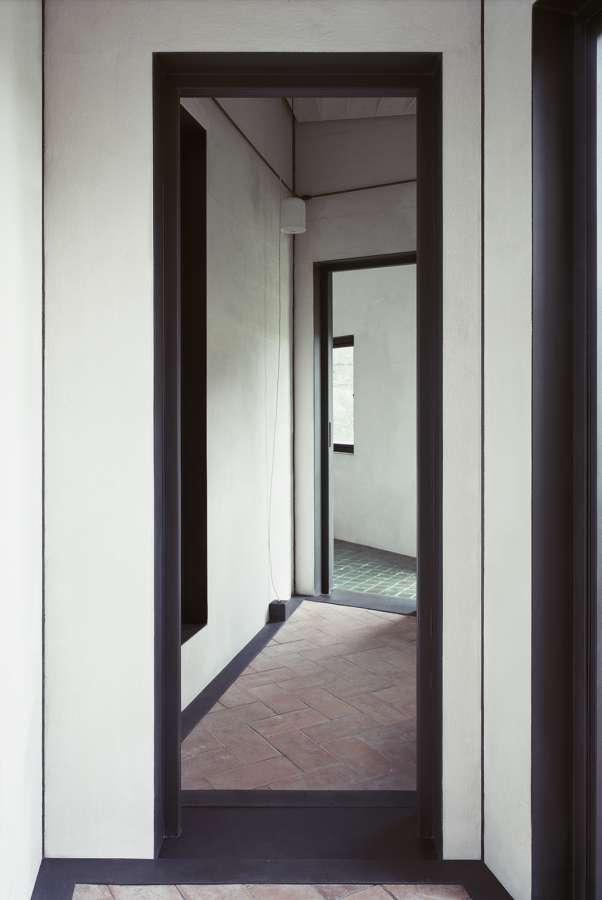 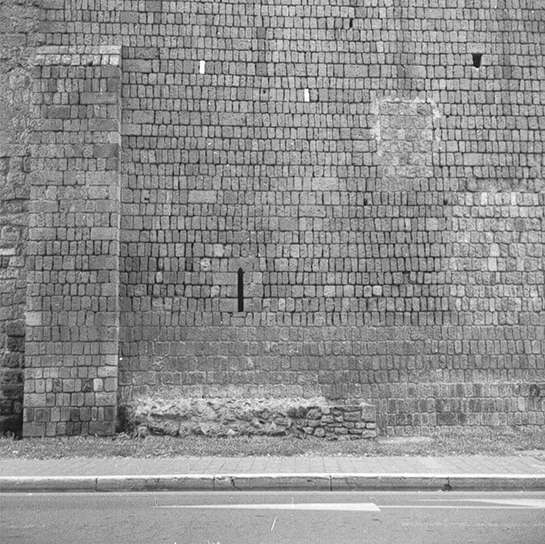 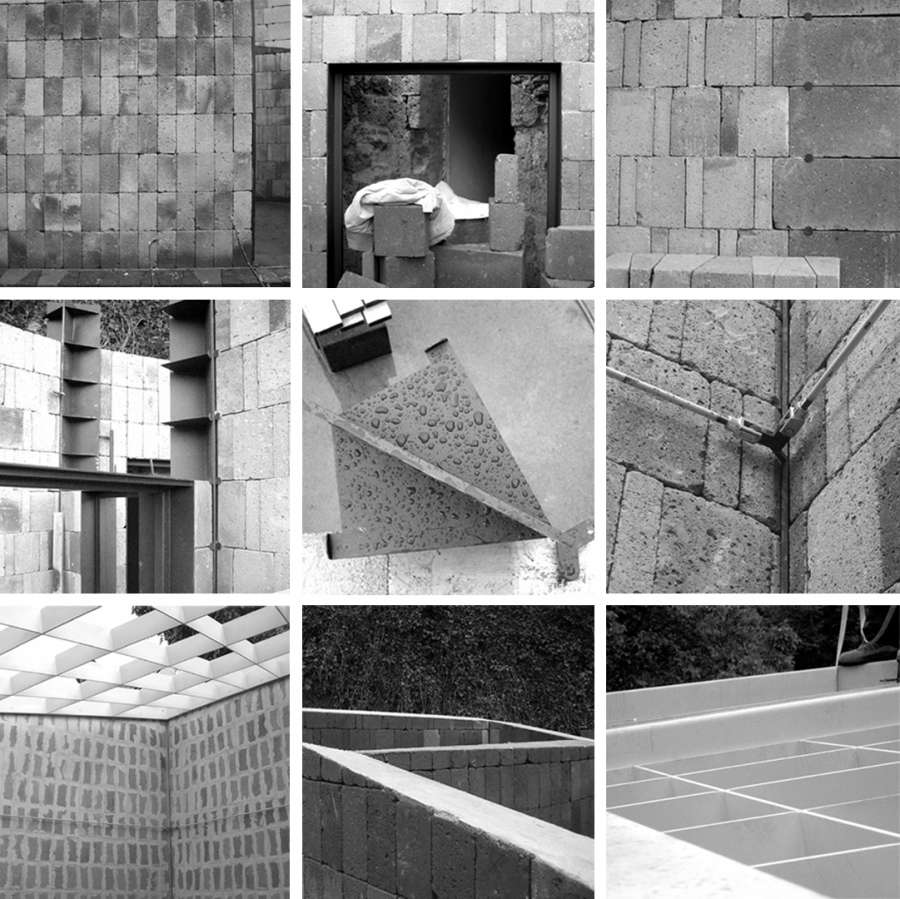 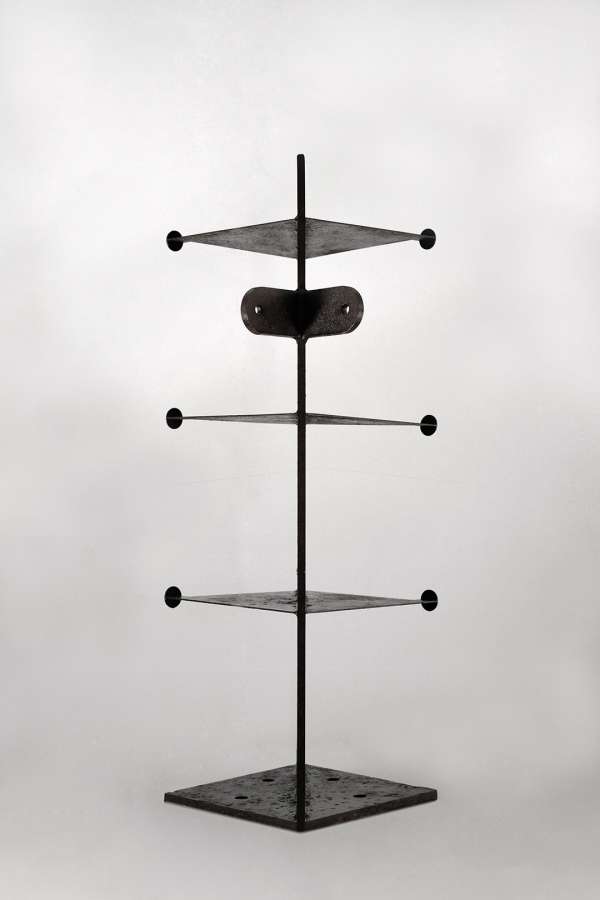 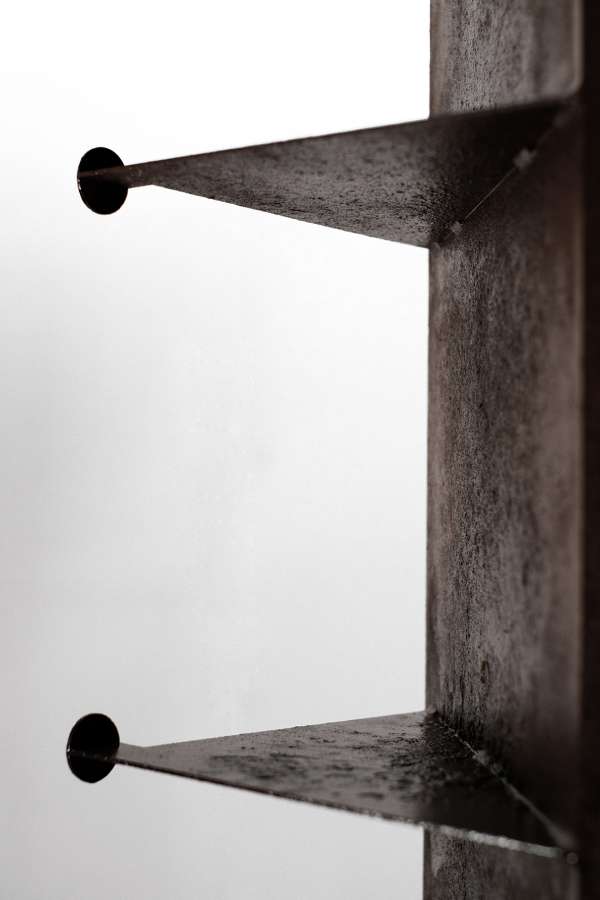 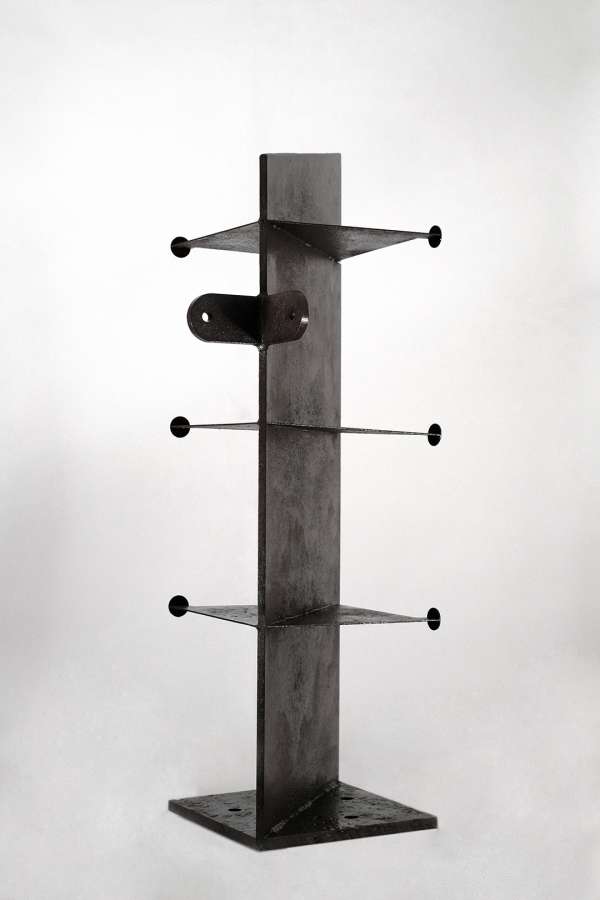 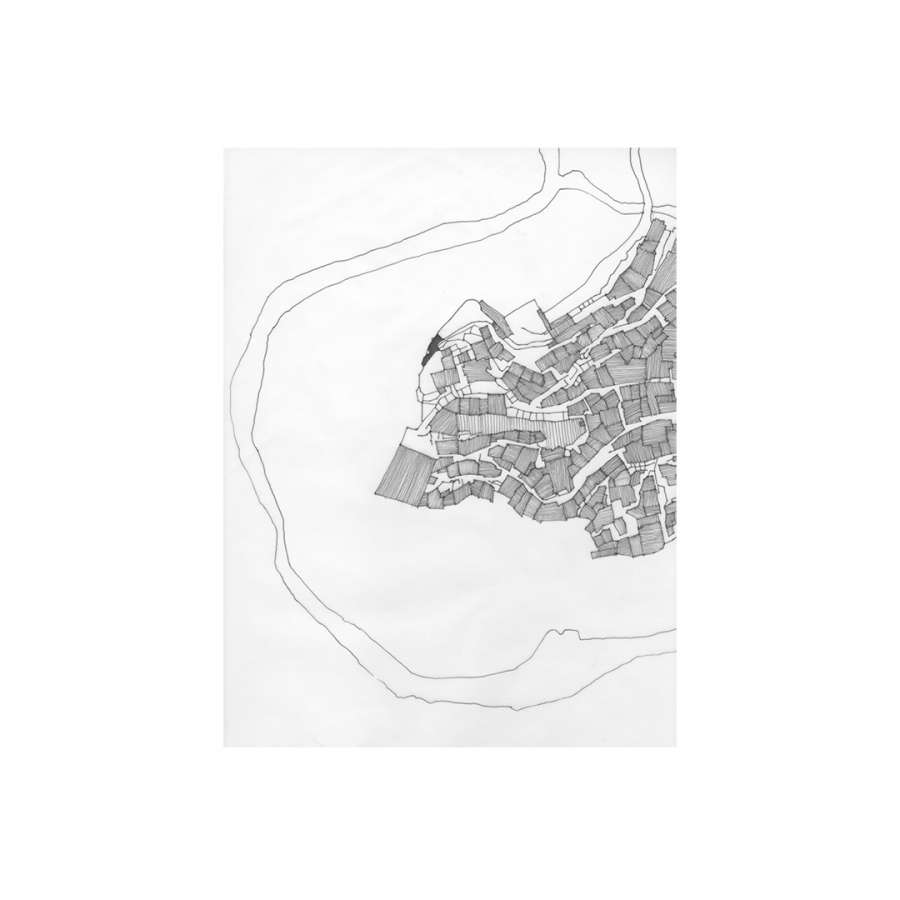 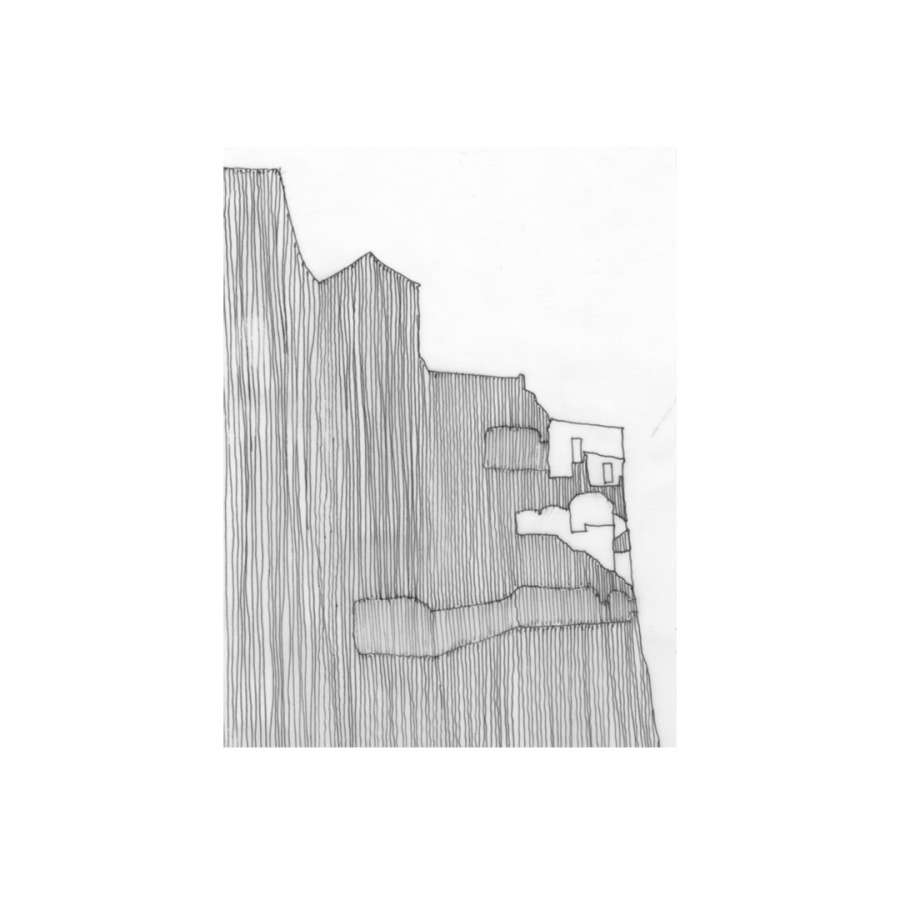 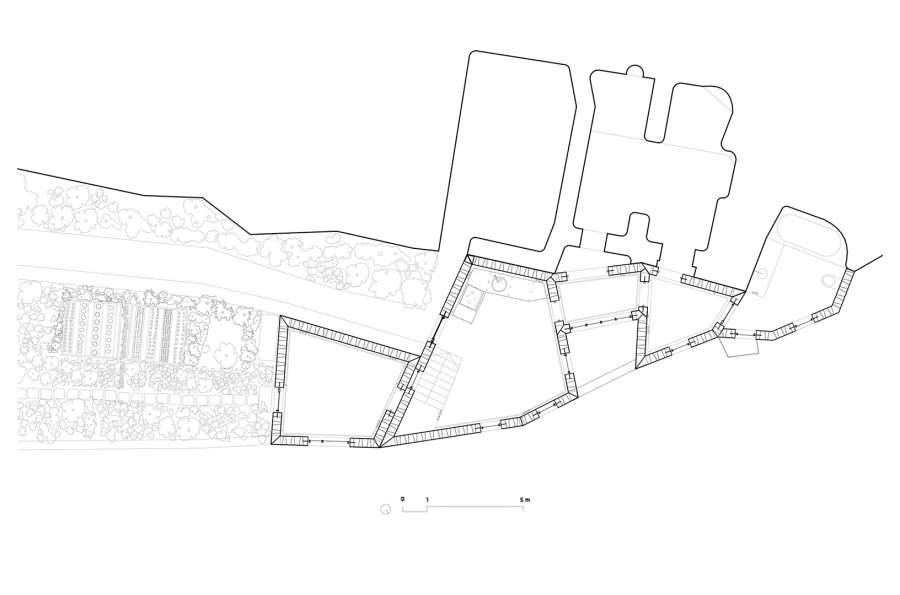 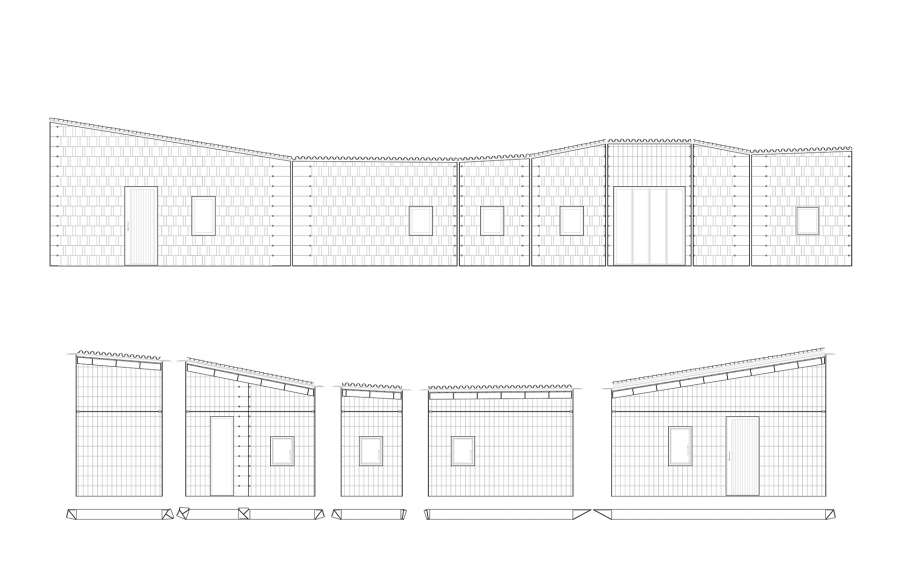 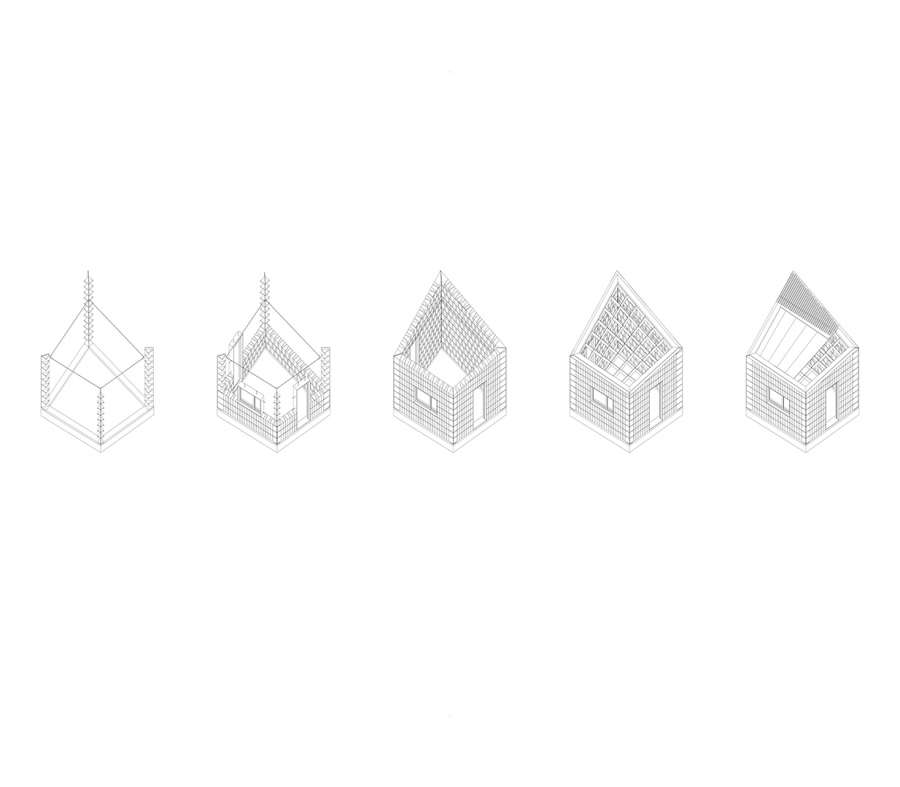 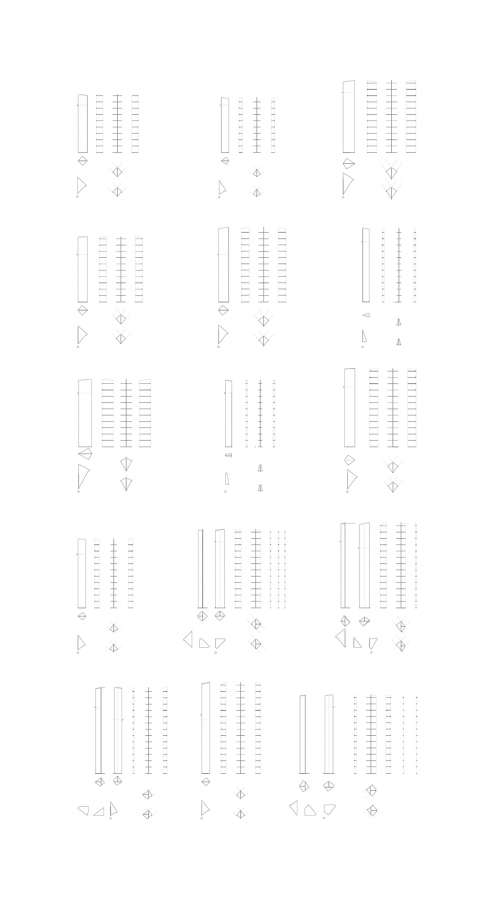 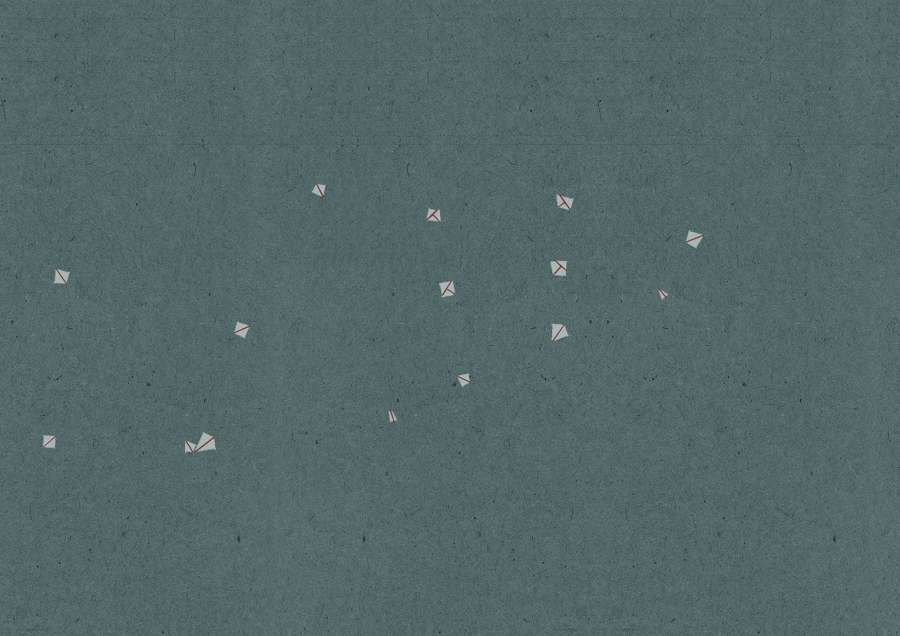 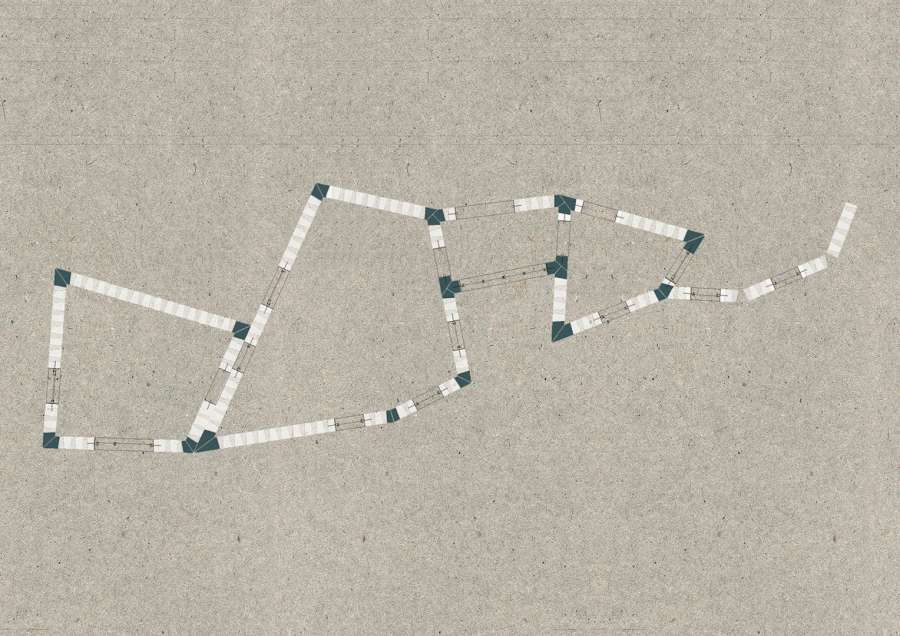 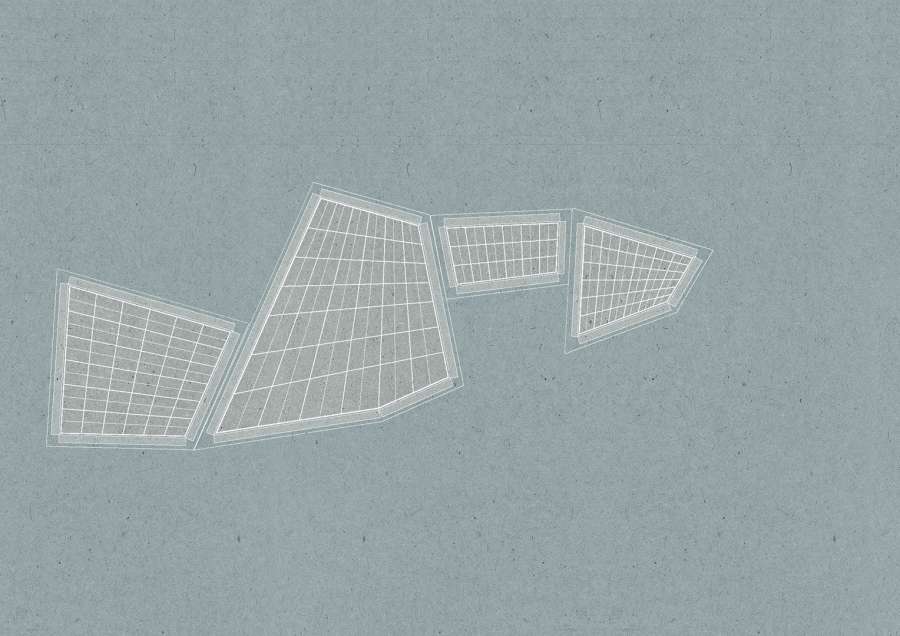 Sorano is a medieval village, not far from Lake Bolsena.

It is perched on a tuff hill, surrounded by the river Lente and land wooded with chestnut trees, olive trees and brooms.
The hill is a dense maze of houses, caves, wineries and galleries; the same hill was used as a quarry for the extraction of stone building blocks.

From a distance, the building integrates gracefully amongst the tufa walls and the tiles of existing roofs.

The small holiday house consists of six rooms: two of them are formed from the existing caves. The rooms complete the space between the tufa rock and the escarpment along the line of the historic city walls.
An enfilade of small rooms stretches from the entrance to the dining room through the vestibule and the small study and ends in the bathroom: the main bedroom, placed in the cave, and the guest room, situated at a lower level and overlooking the garden, are more intimate and independent spaces.

The interior space seems like a balcony overlooking the steep slope.

The house is the crowning of the historic walls that reveal a refined and noble cut stone masonry.
The project's ambition is to propose an experimental technique that offers the possibility of creating a facade that has the same expression as the ancient stone walls of Viterbo, yet with a thickness of only 25 cm.
The construction is of an experimental dry stone setup, not showy: it is an assembly of modular elements made out of traditional materials.
Each room consists of a self-supporting trapezoidal dry building block configuration, which comprises of a double-face; one side with aligned joints, one with staggered joints. A steel pillar, with a kit of minutia metal and cables, is positioned to every corner of the room to compress the mass of stone. The coffered ceiling steel ensures the required load to stabilize the structure.

All the construction is not hidden: it remains visible.

The tuff masonry has been internally treated with a transparent waterproofing and finished with a brush application of white lime mortar. The insulation is not necessary thanks to the tuff thermal properties and to the favourable exposure of the building.
The electrical system and heating system were designed as a visible technical infrastructure: around the perimeter of each room runs a border that welcomes electrical outlets, switches, pipes and radiators. Edged by this contour, the floor is a cotto tile carpet.
The roof is a single slope.

Outside, the house is rather traditional: inside it is more abstract.